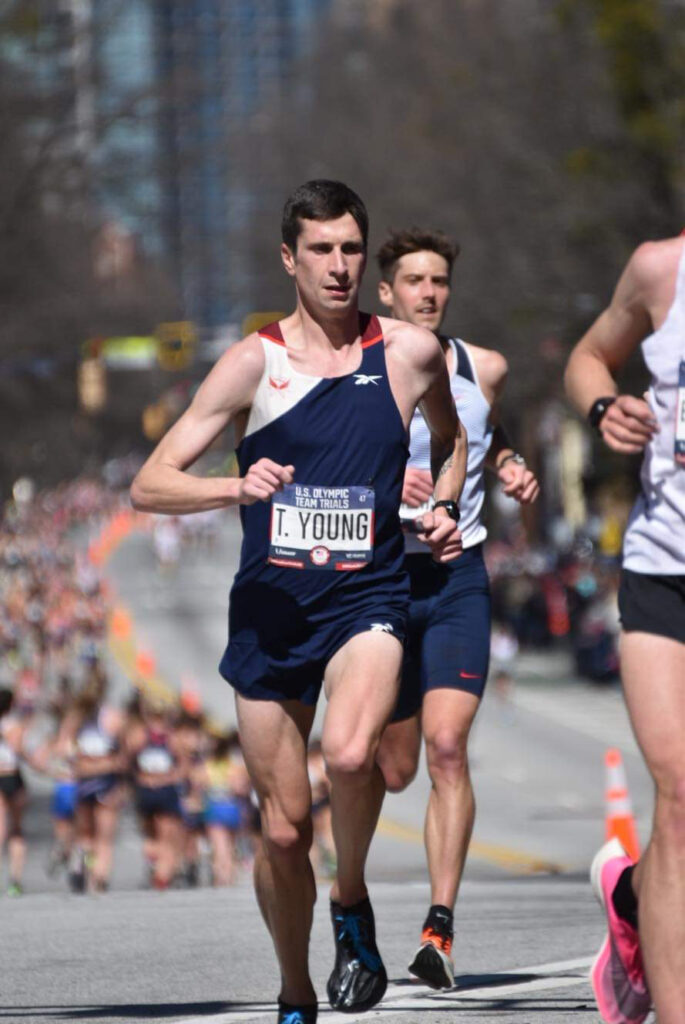 Tim Young is a Reebok sponsored athlete and professional member of the Reebok-Boston Track Club in Charlottesville, Virginia. Tim is a 2:14:14 marathoner who set his personal best when finishing 9th at the 2017 U.S. Marathon Championships in Sacramento, CA. He has numerous top 10 finishes in U.S. Road Running Championships to his credit including at the U.S. Half Marathon Championships (6th & 10th) and the U.S. 10 Mile Championships (5th & 7th). Tim’s personal best in the half marathon is 63:44 and he has run 47:45 for 10 miles.  In 2016 at the Olympic Marathon Trials in Los Angeles, Tim placed 11th.  That same year he was 11th (3rd  American) at the Chicago Marathon. Tim finished 7th (2nd American) at the Houston Marathon in 2019. This past year at the Olympic Marathon Trials in Atlanta Tim finished 30th in 2:16:31. Chosen as a member of Team USA by US Track & Field (USATF), Tim represented the United States in the marathon at the Pan American Games in Toronto, Canada where he finished 7th. His success on the roads includes victories at the Richmond Half Marathon, the Disney Half in Orlando, Florida, and the Marine Corps Historic Half in Washington, DC where he is the course record holder. Tim lives in Fredericksburg, Virginia with his wife, Mary Ashley, and their new son, Caleb. He is coached by Chris Fox, former head coach of the NCAA XC Champion, Syracuse University.