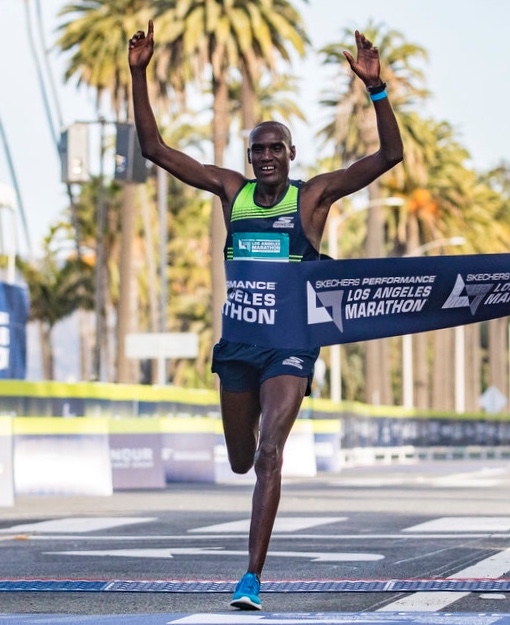 A two-time champion of the Los Angeles Marathon (2016, 2018), Weldon Kirui is one of the most accomplished long distance runners in the world. In addition to Los Angeles, he has won numerous marathons and long distance races throughout the globe including the Kass Marathon (Kenya National Championship in Eldoret) and the California International Marathon (CIM) in Sacramento. His marathon personal best of 2:09:06 was set at the Eindhoven Marathon in the Netherlands. Weldon has also proven his efficiency in the half-marathon. He has been the champion of the AFC San Diego Half Marathon in California and the Krems Half Marathon in Austria, where he set set his personal record at that distance in a time of 61:10. He has been ranked as high as the 46th fastest marathoner in the world by the athletics governing body, World Athletics. Weldon lives on his tea farm in the Rift Valley in Bomet, Kenya with his wife, Caroline, and three children, Brian, Diana, and Miriam. He does much of his training at a camp in Kericho, Kenya.