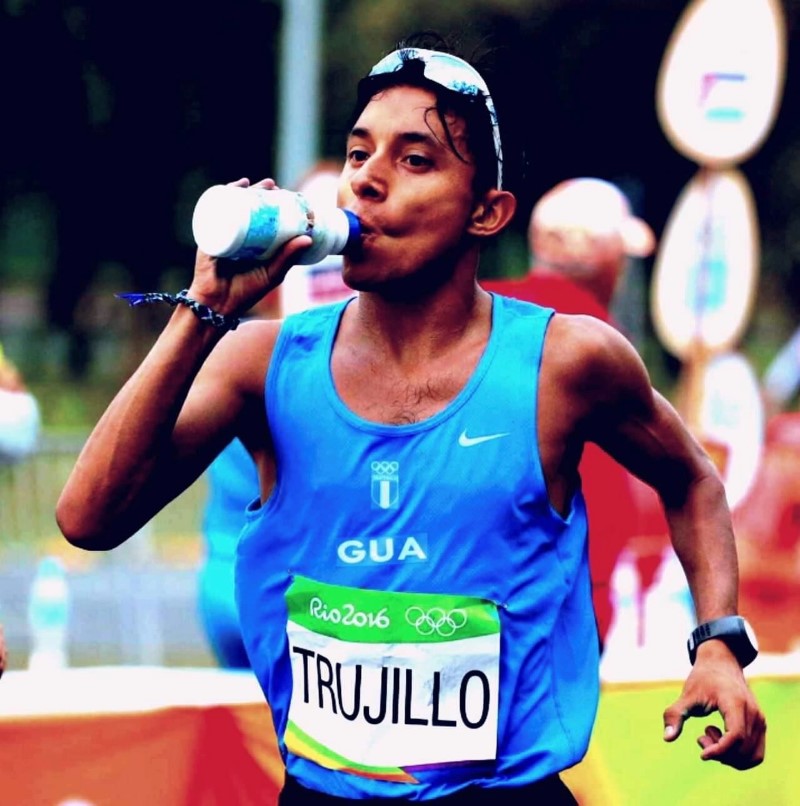 It has been a remarkable journey for Carlos Trujillo which progressed from humble beginnings as an unrecruited high school athlete out of Middleton, Idaho, to the start line in the marathon at the at the XXXI Olympic Games in Rio de Janeiro, Brazil.  Carlos began his career as a walk-on at the University of Oregon and became the PAC-10 10,000 meter champion and three-time NCAA D1 All-American. He was an integral member on the Ducks’ national championship cross-country team. As a professional, he has competed in road races in countries all over the world including Japan, Russia, England, Brazil, Guatemala, and Thailand (where in 2019 he had a podium finish in the Bansaen Marathon). Having duel citizenship, Carlos has represented both the United States and Guatemala on the international athletics stage. He competed in the marathon at the World Championships in Moscow (for the USA) and in London (for Guatemala).  As an Olympian, he competed in the marathon at the Games in Rio in 2016 and in the Pan American Games in Lima, Peru in 2019 for Guatemala. Carlos has multiple track and road successes to his credit, including victories at the Rock ‘n Roll Seattle Half Marathon, the Eugene Marathon in Oregon, and at the Atlanta Marathon in 2021. He has a personal best of 1:03:19 in the half marathon and his PB of 2:14:21 in the marathon was set at the Chicago Marathon. Carlos lives and trains at altitude in Colorado Springs with his wife, Layna.