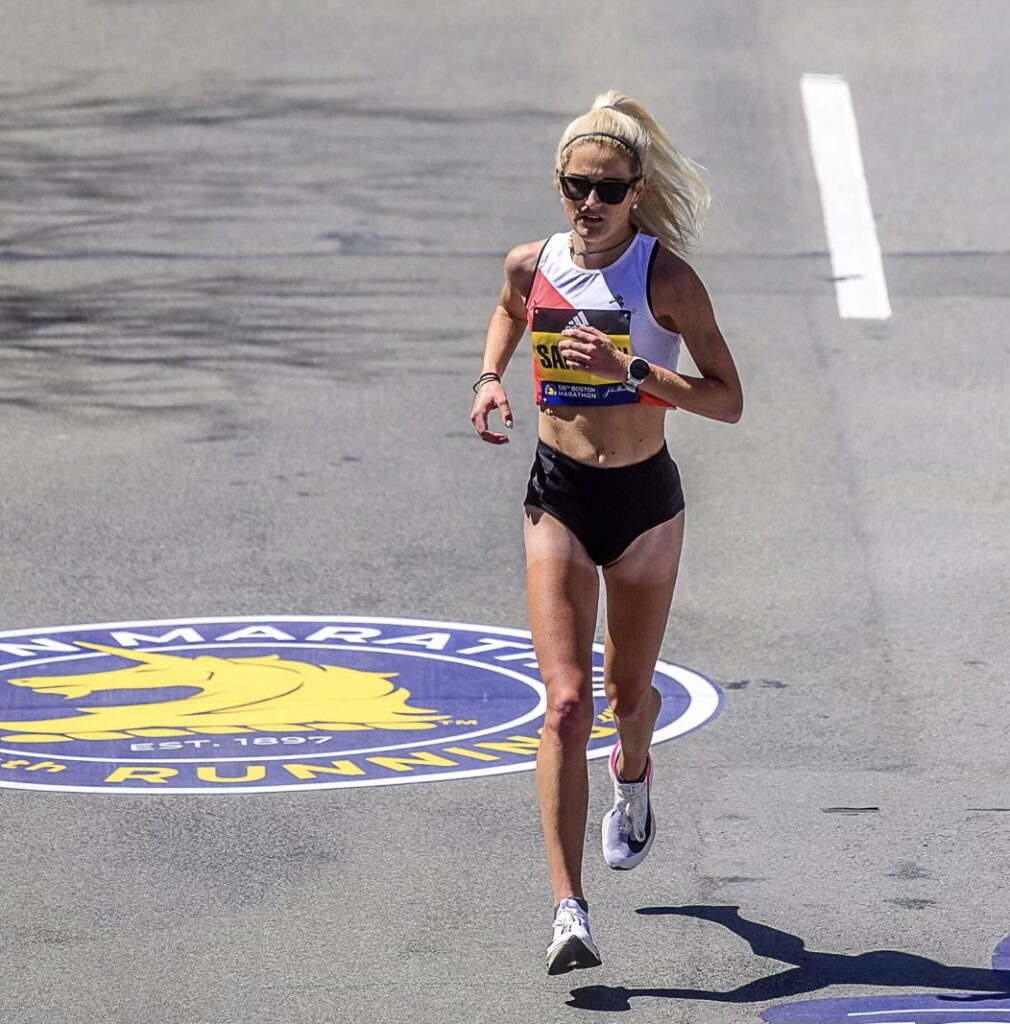 At only twenty-four, Kate Sanborn of Raleigh, North Carolina, has proven that she has the ability to compete at the professional level in some of the most prestigious distance races in the United States. Her results over the last two years have confirmed her talent.

Sanborn was one of the youngest athletes to compete at the 2020 Olympic Marathon Trials in Atlanta at the age of 22. She earned her qualifier by finishing 3rd in her debut marathon in Richmond, VA as part of the United States Military Academy’s marathon team, setting the West Point women’s marathon record. After placing 15th at the USATF Half Marathon Championships this past December, Sanborn shaved nearly eight minutes off her marathon personal best when she ran negative splits at this year’s Chevron Houston Marathon finishing 11th in 2:33:41; a time that earned her a second Olympic Trials qualifier. Subsequently, she set a new personal best in winning the Shamrock Half Marathon in Virgina Beach, VA in a time of 1:13:29.

Sanborn attended the United States Military Academy and North Carolina State University where she received her Masters degree in statistics in 2022. She is currently employed as a biostatistician by the Duke University Global Health Institute. Kate is coached by Ryan Warrenburg of ZAP Endurance and is sponsored by Tracksmith ASP.