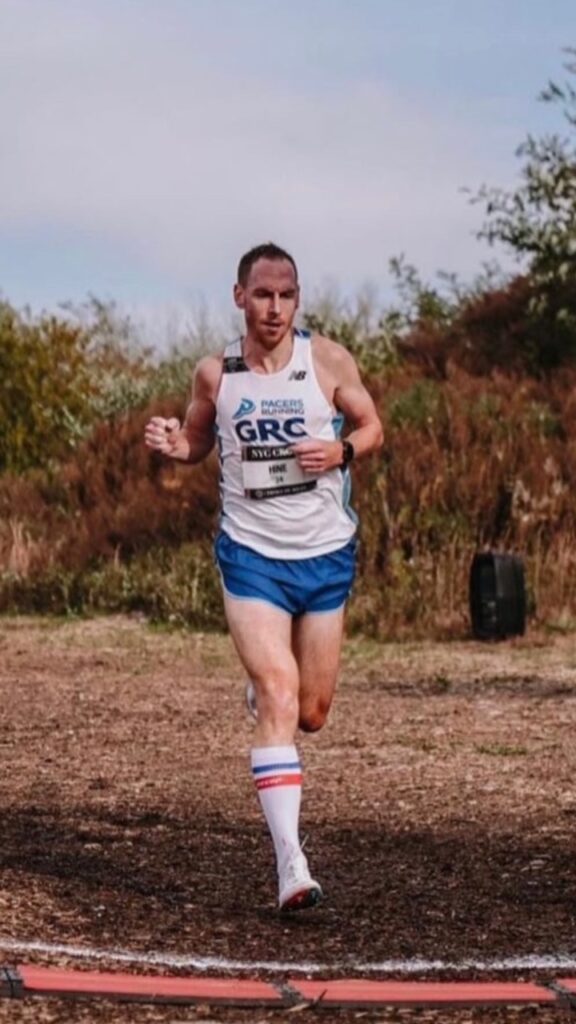 Born in Massachusetts, Zach Hine now lives and trains in Kensington, Maryland. In December 2019, Zach finished 7th in the California International Marathon in Sacramento, California setting his marathon personal best of 2:16:36.  Earlier in 2019 Zach finished 8th overall, 3rd American at the Chevron Houston Marathon in Houston, Texas, becoming a three-time Olympic Trials qualifier at the marathon distance. Although Zach took a DNF at the Olympic Marathon Trials in Atlanta last year due to injury, Zach resumed his post-pandemic competition by placing 2nd in the 5,000m at the East Coast Relays & Last Chance Invite in Edison, NJ on May 22, 2021 in a time of 14:39. Zach’s most impressive race was his top-ten finish in the prestigious Boston Marathon where he was the first American. In doing so, he became  the first Massachusetts native to finish in the top 10 at Boston in 30 years. Zach was the champion of the 2016 City of Lakes Half Marathon in Minneapolis, MN and was 1st American, 16th overall in the Ohme 30K Championships in Tokyo, Japan.  Zach is a practicing engineer with degrees from Cornell University. He also has a Masters degree in engineering analytics from Georgia Tech University. While at Cornell, Zach was a two-time indoor Ivy League Champion at 5,000 meters and Ivy League 10,000 meter outdoor champion. A former Hansons-Brooks Distance Project athlete, he has personal bests of 13:51 in the 5K, 28:37 at 10,000 meters, and 63:54 in the half-marathon. He ran 2:16:40 at the 2012 USA Olympic Trials in Houston. Zach has had a number of successes on the roads, including top 10 finishes at the Falmouth Road Race (7th, 8th), the USA 20K Championships (8th) in New Haven, Connecticut, and was champion of the largest 10K road race in New England, the highly competitive St. Patrick’s Road Race in Holyoke, Massachusetts. Zach is coached by Jerry Alexander and trains with the Georgetown Running Club in Washington, D.C.